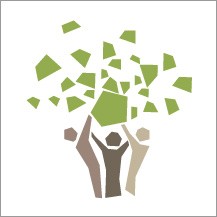 GEPFNewsBy admin
Pretoria, Thursday 18 June 2020
The Government Employees Pension Fund (GEPF) and its Chairperson, Dr Renosi Mokate, notes with deep concern the false allegations by General Bantu Holomisa to President Ramaphosa stating that Dr Mokate is allegedly part of a group of individuals that have looted state resources by having easy access to PIC and DBSA funds.
Dr Mokate refutes these allegations as unsubstantiated, irresponsible, mischievous and unlawful and as such will be seeking a retraction and removal of the letter from the said website and all other platforms. These allegations are a blatant misrepresentations of facts which cast aspersions on her integrity and character.
The GEPF and Dr Mokate are currently consulting lawyers and will take whatever action is required to clear their good names and reputations. Dr Mokate is not a director of Poseidon Pty Ltd, as alleged by Mr Holomisa, and never has been.
/Ends
Issued by Government Employees Pension Fund
For more information please contact:
Matau Molapo, Communications division
T: +27 (0) 12 424 7315
M: +27 (0)79 1910 757
E: Matau.molapo@gepf.co.za
Read more

GEPFNewsBy Jo Nape
28 May 2020
The Government Employees Pension Fund welcomes the appointment of Mr Abel Sithole as the new Chief Executive Officer of the Public Investment Corporation (PIC).
The GEPF chairperson, Dr Renosi Mokate, on behalf of the GEPF Board of Trustees and its employees congratulates Mr Sithole on his appointment and wishes him well at the PIC.
“We thank Abel for his hard work and dedication to the Fund and its stakeholders. He brought stability and direction to the GEPF at the time when stability was needed and we are assured that he will do the same at the PIC. This is not a goodbye but see you later, said Dr Mokate.
Referring to his appointment, Mr Sithole said, “I am honored to have served the GEPF and leave behind a strong organization and a great team which I had the privilege to lead.” The GEPF will in due course announce the process it will undertake to appoint its next Principal Executive Officer.
/Ends
Issued by Government Employees Pension Fund
Read more

The Board of the Government Employees Pension Fund (GEPF) welcomes the findings and recommendations in the Report of the Judicial Commission of Inquiry into Allegations of Impropriety at the Public Investment Corporation (Commission).

The Board supports the President Cyril Ramaphosa, who, on releasing the Commission’s report, indicated that in keeping with the recommendations in the report he would be forwarding it to the National Prosecuting Authority and all relevant regulatory authorities for their consideration and appropriate action.

The Board is encouraged by the media statement issued by the Public Investment Corporation (PIC) on the 20 March 2020 with respect to the actions it will be taking in response to the Commission’s report, including action initiated against named individuals and organisations. The GEPF looks forward to being regularly briefed by the PIC as it deals with the various recommendations in the report.

The Executive Committees of the GEPF and PIC, led by the Principal Executive Officer and Acting Chief Executive respectively, overseen by the respective Boards, are already engaged in the reviewing the agreements, policies, mandates, procedures, processes, benchmarks and fee structures that govern the relationship between them as well as addressing areas where the relationship has been eroded.

CONTACT US
© 2022 GEPF. All rights reserved. | Disclaimer | Privacy Notice | Fraud Line | Site map |
We use cookies on our website to give you the most relevant experience by remembering your preferences and repeat visits. By clicking “Accept All”, you consent to the use of ALL the cookies. However, you may visit "Cookie Settings" to provide a controlled consent.
Cookie SettingsAccept All
Manage consent

This website uses cookies to improve your experience while you navigate through the website. Out of these, the cookies that are categorized as necessary are stored on your browser as they are essential for the working of basic functionalities of the website. We also use third-party cookies that help us analyze and understand how you use this website. These cookies will be stored in your browser only with your consent. You also have the option to opt-out of these cookies. But opting out of some of these cookies may affect your browsing experience.
Necessary Always Enabled
Necessary cookies are absolutely essential for the website to function properly. These cookies ensure basic functionalities and security features of the website, anonymously.
Functional
Functional cookies help to perform certain functionalities like sharing the content of the website on social media platforms, collect feedbacks, and other third-party features.
Performance
Performance cookies are used to understand and analyze the key performance indexes of the website which helps in delivering a better user experience for the visitors.
Analytics
Analytical cookies are used to understand how visitors interact with the website. These cookies help provide information on metrics the number of visitors, bounce rate, traffic source, etc.
Advertisement
Advertisement cookies are used to provide visitors with relevant ads and marketing campaigns. These cookies track visitors across websites and collect information to provide customized ads.
Others
Other uncategorized cookies are those that are being analyzed and have not been classified into a category as yet.
SAVE & ACCEPT